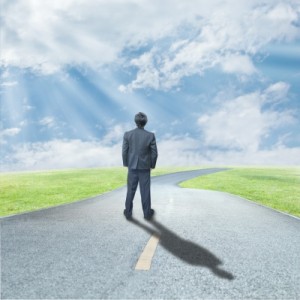 According to the Australian Bureau of Statistics it’s not. The number of new businesses that fail in the first twelve months is closer to 30 percent, or 3 out of every 10.

However, just because a business survives its first year or even the second or third, doesn’t necessarily mean it’s a successful one.

If a business isn’t able to pay the owner a wage that equaled or exceeded what they could have earned elsewhere as an employee, it’s not successful.

Further, if that business hasn’t generated a profit or positive cash flow, it’s still not successful.

Nor is a business a successful one if it hasn’t had enough working capital to service their debt, pay taxes and suppliers, and so forth.

New businesses are incredibly risky; and even if you have a great idea for a start-up or years of experience in your particular field of expertise, that doesn’t guarantee success.

Ensuring a new business is fail-safe requires a solid business plan. A business plan is like a road map—it shows you exactly what route to take in order to arrive at your destination—and without one you’re literally driving blind.

If the idea of writing a business plan seems a little daunting, you’re not alone. It’s one of the key components to running a successful business, but it’s also the most often overlooked, which is why we are now offering a Small Business Management course.

Among the subjects included in the course such as, researching the market and creating a marketing action plan, you will also learn how to write your very own roadmap to success—a business plan.

About 3 days ago from Steve Slisar's Twitter via Mailchimp