Regional Australia Is Available To Work For Sydney, Melbourne, Brisbane and Perth 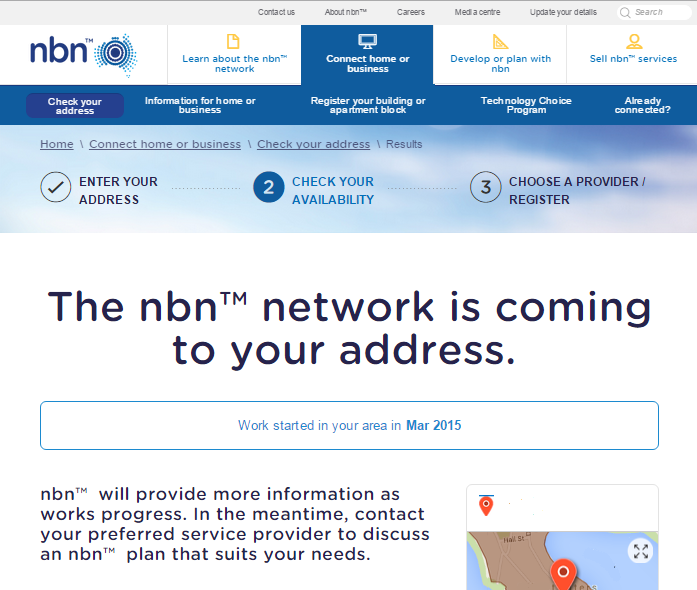 A lot has been said in recent weeks about the cost of housing in Australia’s capital cities, but in particular, Sydney, which has the highest median housing prices in the country; a figure that, according to the Australian Bureau of Statistics, has increased by 30 percent since 2012 and is continuing to rise, seemingly unabated.

As a result, people – and I mean all people; couples, families, singles – are moving out of the city to regional areas, where housing prices are lower.

The ability for young people to move out of the city where jobs have always been, and into regional areas where there are fewer employment opportunities has been greatly aided by the ability to work remotely from home, often referred to as a:

I’ve written about the NBN before and how it has the potential to completely change the way people work, and it’s never been a more vital initiative in this country, which is largely crippled by ineffective public transport and rising property prices – not to mention the shrinking number of full time jobs.

The current problem with Internet services in Australia

If you’re a city dweller, which until recently, I was, then you probably take for granted the plethora of options you have when it comes to finding a high-speed Internet service provider. ADSL2++ is available in nearly every suburb of Australia’s capital cities and there’s a very long list of retailers to choose from, each offering competitive bundled deals on home broadband, mobile, landline, and even cable TV and on-demand Internet streaming services, like Netflix and Stan.

In regional areas, your options are somewhat limited and there’s often a waiting list for standard ADSL Internet, due to a lack of ports in the local exchange. If you’re wondering if you just read that right, you did. There is a waiting list for ADSL Internet, which people stay on until someone else moves out of the area and a port becomes available. No, it’s not just tiny, outback towns. There’s even a waiting list in major regional centres like, Wollongong and Newcastle; areas where many people from Sydney are flocking to escape the high cost of property.

I’ve even heard of similar problems occurring in new housing developments in Sydney, notably Wentworth Point near Homebush Bay, which is fewer than 20 kilometres from the CBD. The reason? Telstra either hasn’t upgraded its infrastructure to cope with increased population numbers or, possibly, weren’t consulted during the construction of new developments in outlier suburbs. (If you’ve ever wondered why so many new home developments boast ‘access to high-speed internet’, well that’s why.)

But the NBN will fix that, hopefully 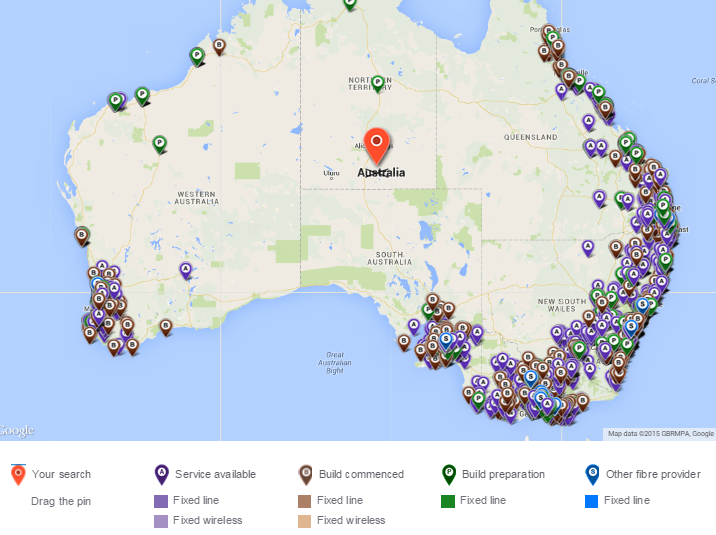 The Australian Communications Consumer Action Network, Australia’s peak communications consumer organisation, has said that the issue stems from Telstra’s ownership of Australia’s telephone exchanges, which occurred when it was privatised in the late 1990s and the exchanges weren’t sold off. The result meant that, while there were more telecos to choose from, Telstra still had the monopoly on the exchanges.

There is some good news for people living in regional areas, though, and it’s the NBN. This year the Telecommunications Minister, Malcolm Turnbull, announced that there are over a million premises that are able to access the NBN, with broadband blackspot areas (regions where no or limited ADSL Internet is available) the major priority. And that brings me back to what I was originally saying about people moving out of cities to regional areas and working remotely from home.

Want to check when it’s available in your area, check your NBN status here..

With the help of the NBN, it’s now possible for people to start a business from their home in regional Australia, and still provide services to businesses in the city. This should help to relieve housing stress in major cities as it becomes unnecessary to stay in the city if you can work easily from your home elsewhere; it also gives a much-needed boost to regional economies.

But it’s mostly good for people. For people living in regional communities, they can easily start home-based businesses without being confined their local community for clientele. A bookkeeper in Northern NSW, for instance, can provide remote bookkeeping services to clients in major business centres, such as Newcastle, Gosford and Sydney, in addition to businesses in their immediate locality. Truthfully, they can offer services to businesses anywhere in Australia, because regular travel is not a requirement for their business to function properly.

National Bookkeeping is a great opportunity, particularly if you’re like one of the many people living in one of Australia’s regional communities – or thinking of moving to one, but wondering about where you’ll find employment. National Bookkeeping has a number of bookkeeping licensee opportunities available for people who’d like to start and operate their own business, within a structured, proven business model.

Don’t forget that you can claim the full license fee as a tax deduction in your annual tax return. For more information, visit the National Bookkeeping website or you read more on our blog.