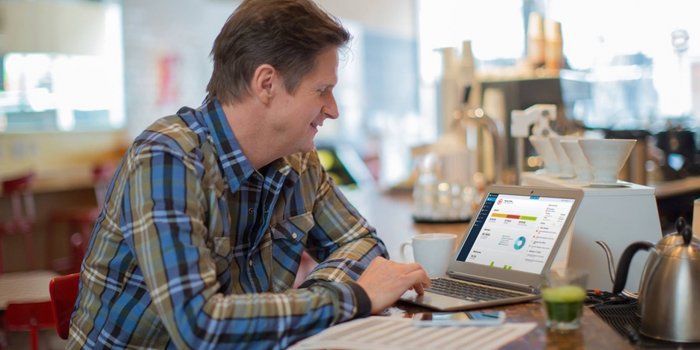 Finally, Xero Acquires an Inventory Management Software Add-on in the US ezylearn.com.au/2021/11/final…


How the cloud accounting ecosystem has paid off big time:

FOR YEARS, MYOB was the Australian market leader in accounting software. Small businesses and accountants spent hundreds of dollars to buy its clunky, obtuse software and load it onto their computers so they could mind their own business (hence, the MYOB) or the business of their clients.

In 2008, the tide began to roll the other way, when an upstart — and a Kiwi upstart, no less — entered the Australian market, two years after it was founded. That upstart was Xero, and it revolutionised the industry, with its software- as a -service approach to accounting systems.

If you’ve been paying attention, you’ll notice Xero has more paid subscribers than MYOB, but its revenue is about $100 million AUD behind. That’s largely due to differences in the price of both products.

So you can’t tell which one of Xero or MYOB is the true market leader — yet.

How Xero is growing their subscriber base

Basically, they’ve reached an impasse. There’s not much opportunity left in Australia and New Zealand (there are other players, like Intuit’s QuickBooks and Zoho competing the same space, too) to grow your subscriber base — unless you’ve a carrot to dangle under their noses that’ll lure them away from your competitor.

For Xero, that carrot has taken the shape of its suite of apps, plug-ins and integrations it’s added to its offering through acquisitions and partnerships — anything that would make Xero a one-stop-shop for small businesses, and help them to extract more value from their customers.

[Xero has lured people away from competitors via their] suite of apps, plug-ins and integrations [they’ve] added to their offering through acquisitions and partnerships — anything that would make Xero a one-stop-shop for small businesses…

To its credit, MYOB has pursued a similar strategy, acquiring payment firm PayCorp last year, which followed the launch of the company’s PayDirect Mobile and PayDirect Online payments service in 2014 and 2016 respectively, as part of MYOB’s push into payment processing technology.

MYOB chief executive Tim Reed sees automation as being critical to the company’s ongoing success, as it pursues a “connected practice strategy,” which brings transaction processing, compliance and business advisory together and sees accountants become more like business coaches.

“They will be like personal trainers in the gym, but for business,” he said. “This is starting today. Accountants are already working down this process and what I’m seeing is the pace of change start to increase.”

And unlike Xero, which is simultaneously pursuing overseas markets (the U.K., North America, Southeast Asia), MYOB is content to stay focussed on its home market — Australia and New Zealand. (It’s also pushing deeper into big businesses with its enterprise software Greentree, acquired in 2016.)

With Xero pursuing code-free accounting, MYOB pushing into “connected practices,” and Intuit beefing up its own ecosystem of apps and integrations to simplify the bookkeeping and accounting process for small businesses, where does that leave accountants and bookkeepers?

Bookkeeping is a necessary step in the overall accounting process. But it’s the most time intensive one. There’s reconciling bank accounts, entering receipts, coding transactions, invoices, and so on. Small business owners don’t — or won’t — do it, so they outsource it to a bookkeeper or accountant, who has a preferred or in-house bookkeeper.

Despite being a time intensive task, it’s lower skilled work — like untangling a jumble of coat hangers; almost anyone can do it. And so it commands a lower rate of pay than other tasks, like financial forecasting, business planning and filing activity statements.

Automating elements of the accounting process, in particular the coding of transactions, eliminates inefficiencies and time wastage. Bookkeepers and accountants can charge their clients the same hourly rates, but they’ll spend much less time doing it.

Just as QuickBooks, MYOB and Xero have become more valuable to their customers, by positioning themselves as a one-stop-shop for small business, accountants and bookkeepers can do the same.

Why would a business need to engage a data entry bookkeeper, a tax or BAS agent, and a payroll company when they can hire just one individual to manage all of these tasks efficiently in one cloud accounting program?

Food for thought: Why would a business need to engage a data entry bookkeeper, a tax or BAS agent, and a payroll company when they can hire just one individual to manage all of these tasks efficiently in one cloud accounting program?

And just as MYOB boss Tim Reed stated: Accountants and bookkeepers have already cottoned onto this.

But it means bookkeepers and accountants need to become more skilled at what they do; they need to possess a greater understanding of a wider array of softwares and systems in order to remain competitive.

And even though Intuit, MYOB and Xero have all acquired or partnered with companies that offer payroll platforms, there are still plenty of third parties businesses can choose to connect to their accounting system — that’s democratised accounting for you — so you need to watch the market, and keep your skills up-to-date.

Where to from here?

KeyPay is one such company. It’s based in Wollongong in NSW, and last December announced it would expand its services to the U.K. — a pre-release was slated for January this year, with a full launch due in April.

According to CRN, the company grew 53 percent last year (though it didn’t specify what or how that “growth” was calculated; as a private company, it doesn’t disclose financials or its share of customers). And KeyPay’s co-founder Richard McLean said the company decided to enter the U.K. market because 60 percent of businesses there outsource their payroll to a third party company.

The company intends to rollout its automated payroll system in the U.K. first, with an Australian launch due later in year, and also plans to expand to New Zealand and Southeast Asia.

To ensure you have the skills required in an era of cloud accounting ecosystems, code-free accounting and connected practices, we’ve added new modules to our QuickBooks training courses — with training on KeyPal — as part of the QuickBooks Payroll Course. Visit our website for more information or to enrol. We also invite you to read what our students and clients are saying about EzyLearn.

3 thoughts on “MYOB, Xero, Quickbooks and the Cloud Accounting Ecosystem”