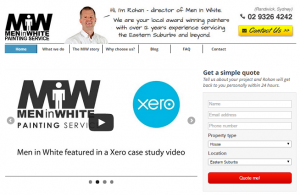 3 thoughts on “Xero: The Tradies Choice for Accounting Software”